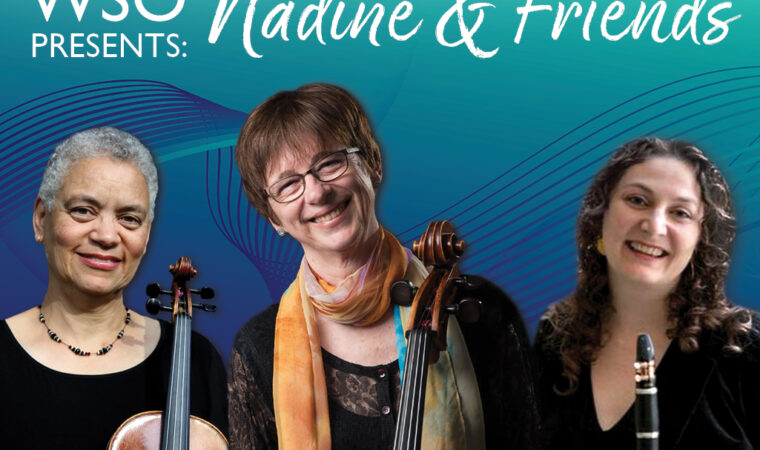 An evening of music from different eras and from around the world performed by Nadine Deleury and her musical friends. The program will feature two Canadian premieres: works by American composer Michael Close and by Iranian composer Farhad Poupel.

Another work by Poupel, “The Legend of Bijan and Manijeh,” will have its world premiere in the fall of the WSO’s 2022-2023 season.

*This is a general admission event. *Masks required.