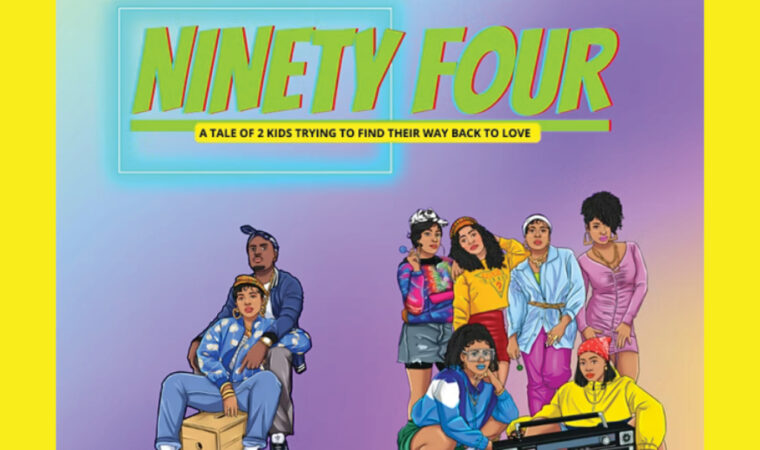 Inspired by and taking place in the nineties, Ninety Four begins in Brooklyn, New York, in the summer of 1984 and follows a charming yet reserved Toronto native Marcus Brown and a feisty and poetic Tawni Dixon. Born in Toronto, Tawni moved to Brooklyn when she was 5 years old, while this is Marcus’ first time in the big city after being sent to stay with his Jamaican Uncle Fitzroy while his parents go through a messy divorce back home.

The two teens hit it off right away and bond over the sounds and vibes of hip hop and Caribbean culture. Knowing the sacrifices his sister made as a Jamaican immigrant to ensure her son’s success, a disapproving Uncle Fitzroy pulls the plug on the love birds and sends Marcus back to Toronto for his own good. Forced to move forward with their lives, ten years later the two reunite and quickly realize it’s no longer 1984. As they try to navigate their complex friendship, Marcus and Tawni hold on to the memories of the music that once held them together, while trying to figure out their adult feelings and the world around them.

Ninety Four is written and directed by Troy Crossfield and Sheronna Osbourne.

Presented in part by: Canada Council For the Arts and Ontario Arts Council