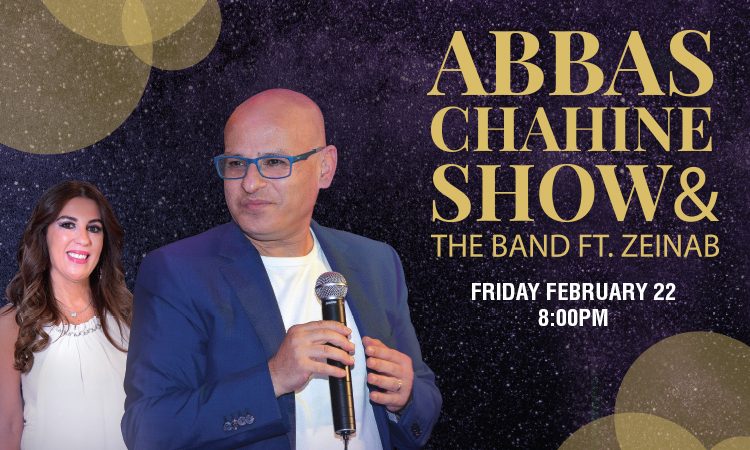 Elite Production proudly presents the amazing Abbas Chahine Show & The Band Ft. Zeinab for the first time in Canada. Abbas and his band take the audience into a musical journey that brings back traditional songs from the Arabic heritage and present them in a new artistic vision that doesn’t lack humor. The Abbas Chahine show is a unique musical and entertainment concept that features the multi-talented Abbas Chahine accompanied by a music band and Zainab, great singing talent and a longtime backup vocalist for non-other than Fairouz.
Don’t miss this great opportunity and get your tickets now!

About Abbas Chahine:
Abbas Chahine is one of the most famous entertainers in the Arab world who has been active for more than 30 years. A prolific artist, Abbas is a movie star, co-presented a top-rated night show on MTV Lebanon (a leading pan Arab TV station), started in the longest and most successful TV comedy show in the region, and above all a beautiful voice that is committed to presenting Arabic music in a new and exciting way.