This past week, Starvox Entertainment, a Toronto theatre company, brought its rehearsals of Cannibal! The Musical! to the stage of The Capitol Theatre. During the week long rehearsal, The Windsor Star was able to catch up with the show’s General Manager/Associate Producer, Jessica Johnston, and get her take on being at The Capitol.

“This is a pretty big venue, stage-wise, and it’s available. It’s really hard to find spaces this big that are available in Toronto. And taking a show and making sure everything works before we hit the road can be very expensive in Toronto.”

Cannibal! was gracious enough to open up its final weekend of rehearsals for free previews to the general public, which was well-received by Windsorites. 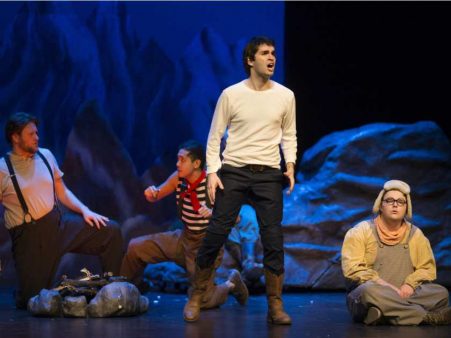