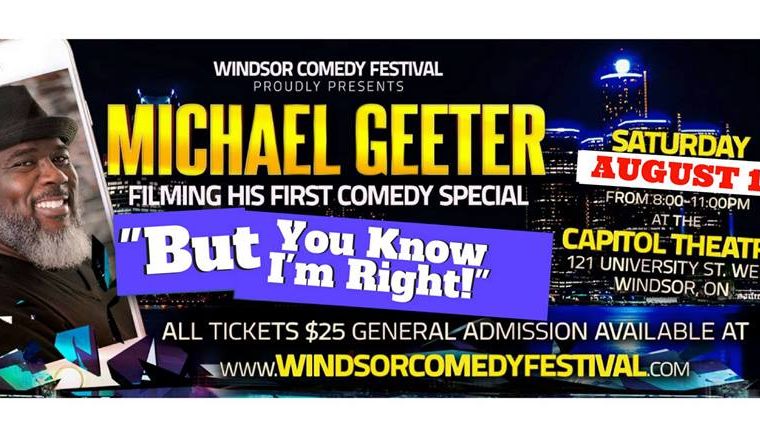 Michael or Geeter (as he prefers to be called) has been commanding stages in comedy corners and festivals in the midwestern regions of the USA, and Southwestern Ontario for over seven years.

Whether in front of 50 people or thousands, international audiences love the big jokester and on August 19, 2017 Geeter is going to take the stage to make his comic film debut.

Hailing from Pontiac, MI, Mike brings a pointed look at family and relationships that few others can…or should. From his upbringing in a family with 17 children to discussing his plight as a father and husband, Mike’s comedy is jagged mixed with a smooth delivery. Mike has worked in some of the finest comedy venues in the country opening for comedy legends Bobby Slayton, Jim Norton, Artie Lange, and Rickey Smiley.

Mike was also a finalist in the “Border City Comedy Fest” in Windsor, Canada, performed and hosted in the “Windsor Comedy Festival”, Chatham Comedy Festival and was recently featured on Fox Television’s comedy showcase “Laughs”. Mike is a feature at Mark Ridley’s Comedy Castle in Royal Oak, MI, and is the co-host of a weekly Podcast called Detroit vs Detroiters.

Join us at the Capitol Theater August 19 as we film Michael Geeters first Comedy special and introduce him to the world.

Part of the Next Best Comic Series