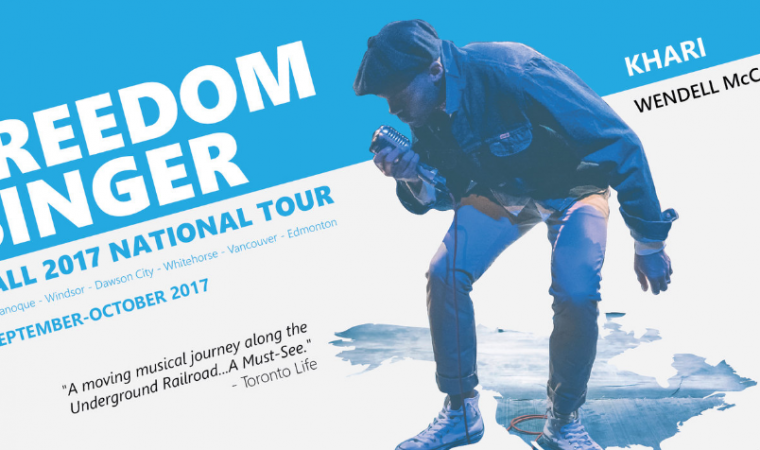 Freedom Singer had its world premiered in Toronto in February 2017 and then toured to Regina, Calgary, Winnipeg, Halifax, Montreal and Ottawa.