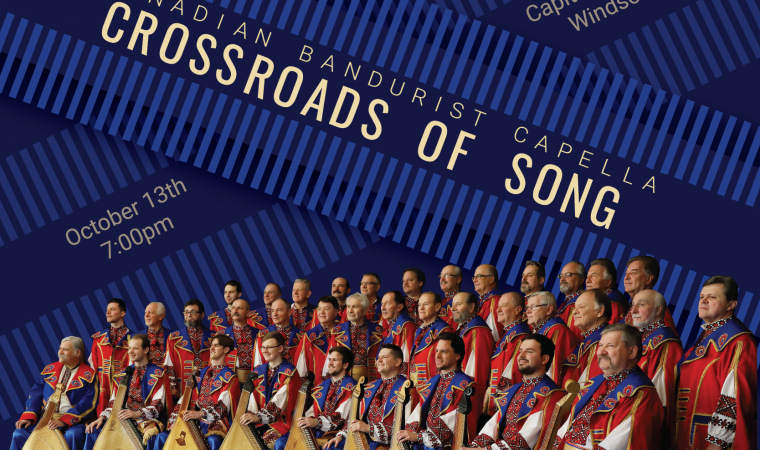 The Canadian Bandurist Capella presents their new concert program, Crossroads of Song. Created and arranged by musical director Julian Kytasty, Crossroads of Song was inspired by the long and versatile journey of the Ukrainian people that ultimately led to their establishment and flourishment in Canada. The program captures the rich history of Ukrainian road songs from various epochs, such as marching songs of the Zaporizhian Kozaks and travel songs of the Chumak traders. The program also features music developed throughout the first wave of Ukrainian immigration to Canada, including modern compositions showcasing the importance of its contribution to the overall development of Ukrainian-Canadian culture and music. Crossroads of Song will take you on a multitude of journeys that inevitably come to a crossroads here in Canada today, encompassing what it truly means to be a Ukrainian-Canadian.