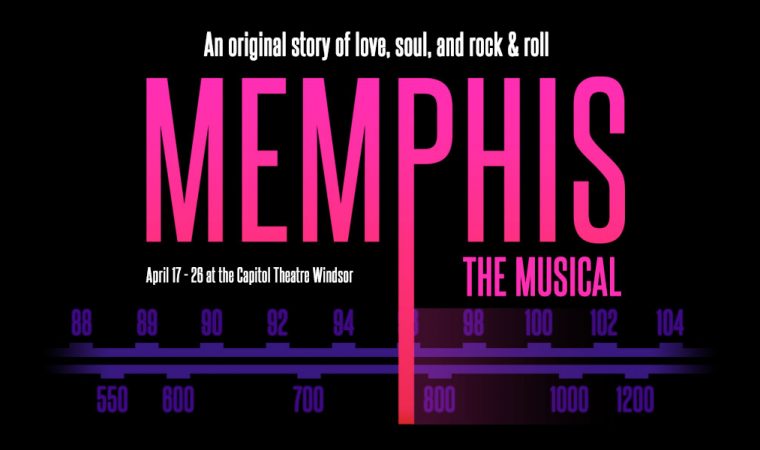 From the underground dance clubs of 1950’s Memphis, Tennessee, comes the Tony and Olivier Award-winning musical that bursts off the stage with explosive dancing, irresistible songs and a thrilling tale of fame and forbidden love.

Inspired by actual events, MEMPHIS is about a white radio DJ who wants to change the world and a black club singer who is ready for her big break. Come along on their incredible journey to the ends of the airwaves– filled with laughter, soaring emotion and roof-raising rock ‘n’ roll. Winner of four 2010 Tony Awards including Best Musical and two 2015 Olivier Awards, MEMPHIS features a Tony-winning book by Joe DiPietro and a Tony-winning original score with music by Bon Jovi founding member David Bryan.

Due to mature themes and language, this show is probably not appropriate for children under the age of ten; children ten and over should attend at parent’s discretion.